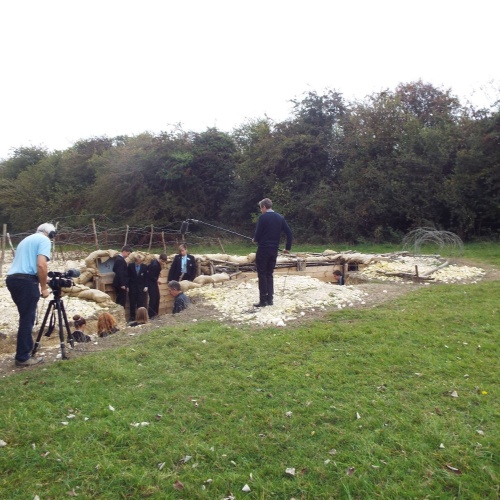 Focusing on Remembrance and why it is done and why it should be done and what happens in the future are difficult questions to answer. On October 3rd, 12 students visited the newly created trench system at Eltham, near Canterbury. On arrival they were welcomed by Andrew Robertshaw, TV personality and historian, and a BBC film crew with Robert Hall in charge. The outline of the day followed: