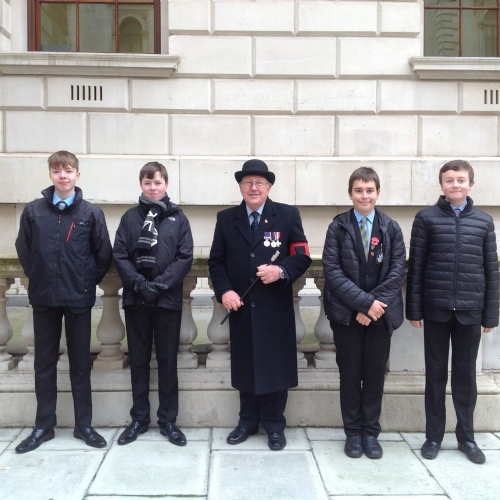 The school enjoyed the distinction of being one of the five schools nationwide to receive an invitation to attend the Remembrance Service at the Cenotaph, Whitehall on November 11th. Mr Murphy was accompanied by Mr McNeill and four students – Callum and Shane McNeill, Harry Peach and Kamil Pejski. Arriving early the group joined the relevant section of the parade and marched out to the Cenotaph. A wreath was laid on behalf of the students, parents and staff of the School.

The image above shows the four students with the Parade Marshall, Mr John Christie who was in praise of the behavior and attitude of the students. The views of the event will appear in the quarterly journal of the Eastern Front Association.