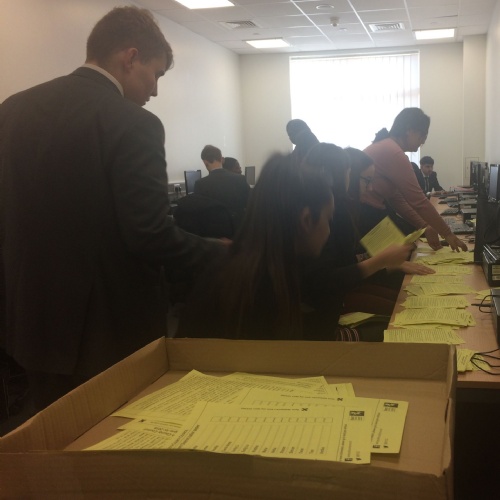 he Year 12 Politics’ Group organised the  Kent Youth Elections at the School in mid-November. Of a School population of 1,220 students no less than 1,1,90 cast their vote – quite an impressive turn out! Three St John’s students stood for election to the Kent Youth Parliament and students also voted on a number of issues and concerns that will be the foci of the Youth Parliament in the coming year.