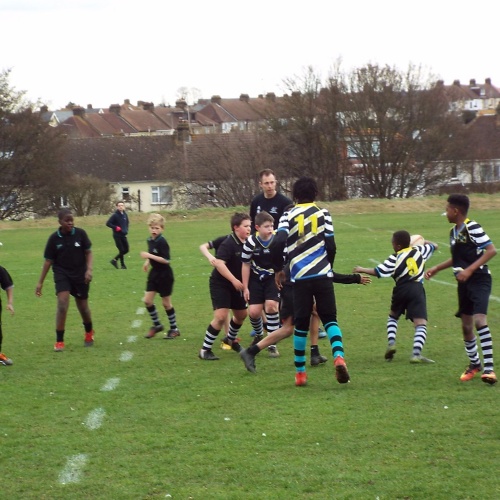 The matches were refereed by Mr Raye and Mr Rowlinson who performed the task with an element of care and calmness if with authority. The tournament ran to schedule and the players, staff and officials enjoyed a warm drink and food after the tournament when the presentations were made by Mr Barron who spoke eloquently of the prowess of the players, the quality of the rugby and the ability of the coaches to impart their knowledge.

A thank you to Mr Raye, Mr Rowlinson and Mr Murphy for the excellence in management and organistation.

More photos can be seen on our websites gallery of the event.