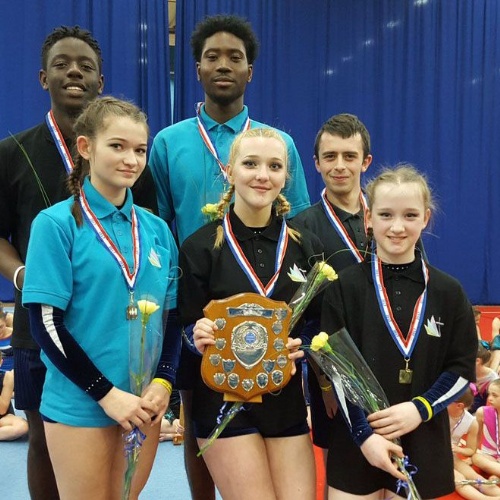 Led by Mrs Weller and Miss Munns our St John's Gymnastics squad has once again reached the highest levels of the national championships, this continues in a tradition that goes back many years with St John's having been champions over eight times previously.

The school could not be more proud of their achievement and we would like to congratulate the following students for their hard work and determination:

Marvel Eni-Uwubame also won the Jamie Weller Cup from the British School Gymnastics Association after becoming the highest scoring student in the Under 19 boys competition for 2016-2017.