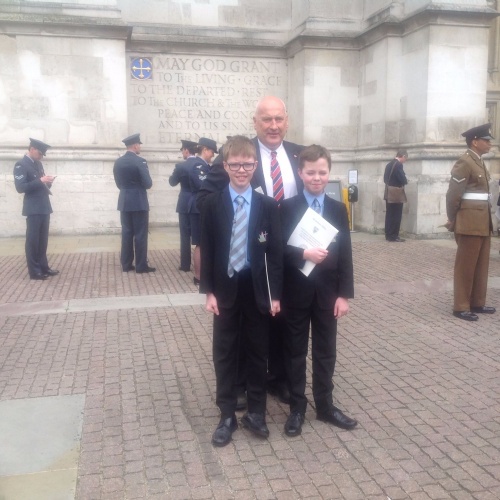 The CWGC was founded in late May, 1917. The centenary service for the CWGC was held in Westminster Abbey on May 23rd. St John’s School was represented by Callum and Shane Macneill and Mr Murphy, head of History.  The school had the distinction of being the only school in the country to be invited to attend the service – quite a distinction. The hour long service was attended by the Diplomatic Service, the many Commonwealth High Commissioners and other distinguished guests to include the Secretary for Defence,  the Right Honourable, Sir Michael Fallon. It was quite some event to be in attendance for – Mrs Dymond, the Deputy Lord Lieutenant, was also present having been at the school earlier in the day when the Charity Cycle cheque was given to the Mayor of Gravesham.