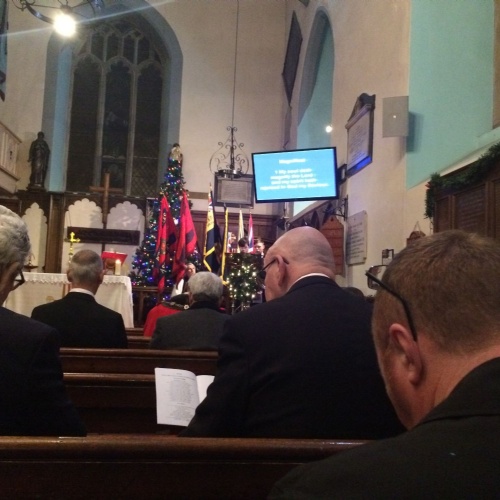 A memorial service commemorating Squadron Leader Palmer was held at St Peter and St Paul Church, Denton on the 75th Anniversary of the action over Cologne [on December 23rd, 1944] which not alone led to his death but also the action for which he was awarded the Victoria Cross. The service was held exactly to the75th Anniversary being organised by local historian Andrew Marshall. Mr Marshall has, of course, a lengthy association with St John’s. St John’s was well represented with several staff to include Mrs Burns [British Legion Chairperson] and Mr Murphy [Head of History] in attendance but also several parents and students – some in the Air Corps in attendance. Year 10 students, Callum McNeill and Shane McNeill read a lengthy passage.