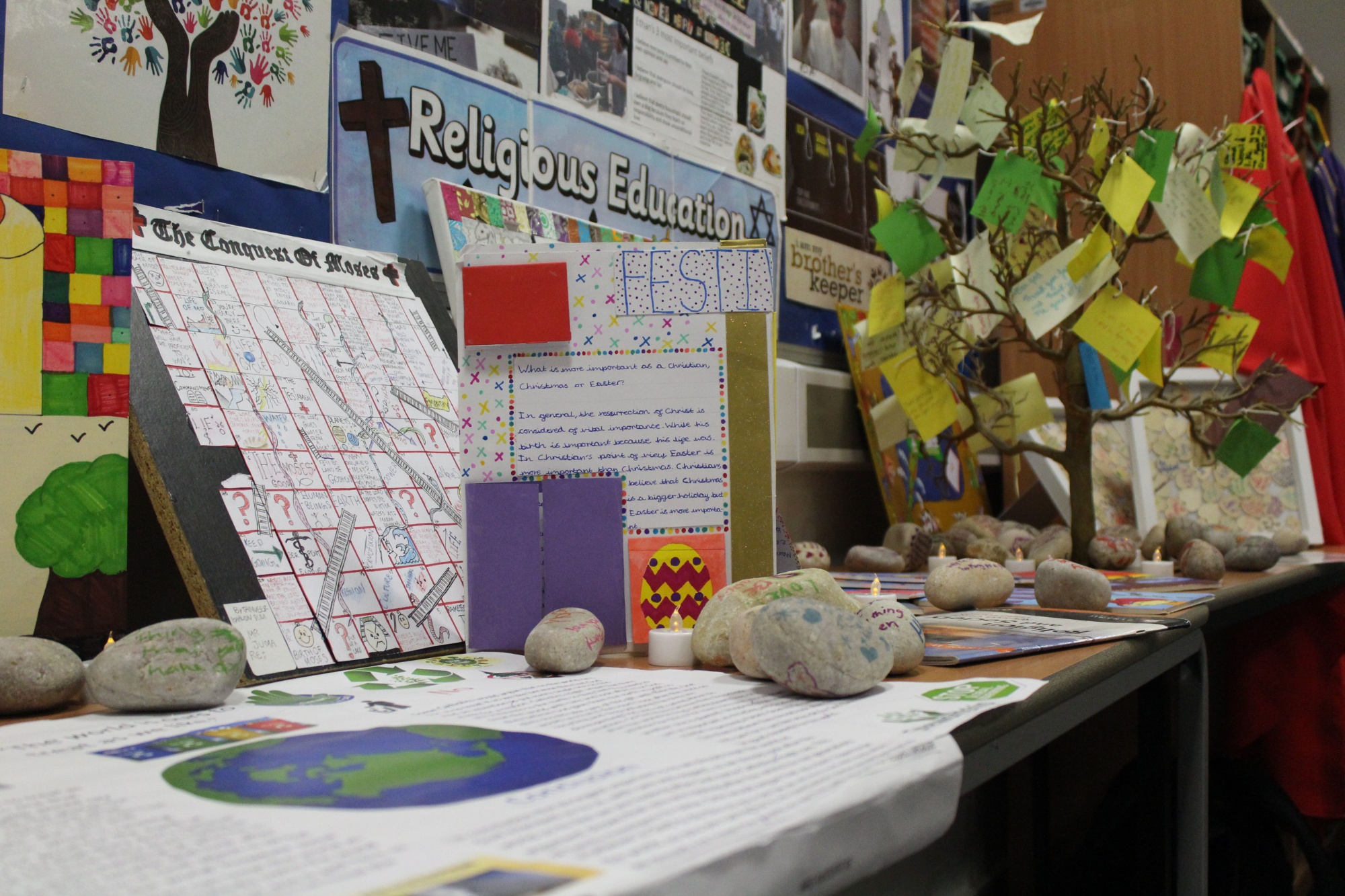 Within the Drama Department at St John’s our objective within key stage is to develop a child as an individual; in Drama we strive to develop students by encouraging them to use their creativity with true passion and confidence. Our subject is also a chance for students to discover and explore their imagination as well as the experience of performing, creating and analysing performances creating well rounded and thoughtful students.

Pantomime: A fun and seasonal way of applying the skills they have gathered over the previous term. Pantomime gives students a chance to create fun and exciting characters and an opportunity to work with scripts to showcase their skills through performance.

Theatre in Education: A chance to combine their understanding of the world as they know it and explore aspects of society through Drama. Here students are given the opportunity to develop their own pieces of theatre in which they can apply their understanding of Drama skills and how their performances can create an impact to their audience.

Shakespeare: A Midsummer Night’s Dream: A chance for students to go back to one of the most popular historical aspects of theatre studying one of Shakespeare’s most beloved plays. Here students are discovering Shakespearian language whilst developing infamous characters using their knowledge of drama skills.

Harry Potter: A chance to now applying their knowledge of acting skills and drama techniques with the popular book and film franchise. Students here start to look at ways they use their skills not only to create characters but to create famous characters everyone knows and loves. Here students will also be creating their own versions of event in Harry Potter and develop their own wizarding world through both acting and written work.

Harry Potter (continued): As the spectrum for Harry Potter is so large students use two terms to explore and create. During this term students are introduced to Drama theory. Here students will be expanding the world they have created by producing written work based around Harry Potter.

At the end of each term students are required to produce a milestone performance or piece of written work. During this performance students will be graded on the 1-9 system alongside an A2L grade which is monitored over the duration of the term.

Genre/ Style: Now students have a strong understanding of the necessary skills needed to create a successful character students are now given the opportunity to discover a new part of drama. Each week students will be introduced to a variation of different Genre’s within Drama and will be required to use their drama skills to create their own pieces based different Genre’s.

Matilda: Students using the popular story and script to work on characterisation and plot. End of Term Milestone.

Physical Theatre: In this term students will expand their knowledge of physical skills within Drama and will practically explore a number of different themes using physical theatre.

Shakespeare: Macbeth: A chance for students to go back to one of the most popular historical aspects of theatre studying one of Shakespeare’s most famous and sought after plays. Here students are discovering Shakespearian language whilst developing infamous characters using their knowledge of both physical and vocal drama skills.

Twisted Fairy Tales: A chance for students to study the start of some of the world’s most beloved fairy tales. Students have a chance to conduct Drama based research alongside script writing in depth.

Twisted Fair Tales (continued): In this final term students are able to apply their acting skills to their individual fairy tale scripts. Students are given the chances to create their own unique characters applying their KS3 knowledge of drama to a final performance.

At the end of each term students are required to produce a milestone performance. During this performance students will be graded on the 1-9 system alongside an A2L grade which is monitored over the duration of the term.

What will I gain from studying Drama?

Drama allows students to gain confidence and team building skills that cannot be offered in many lessons. Drama gives students an opportunity to extend their imagination and use their creativity to practically explore topics that are may not be covered in other subjects.

Pathways this course can lead to